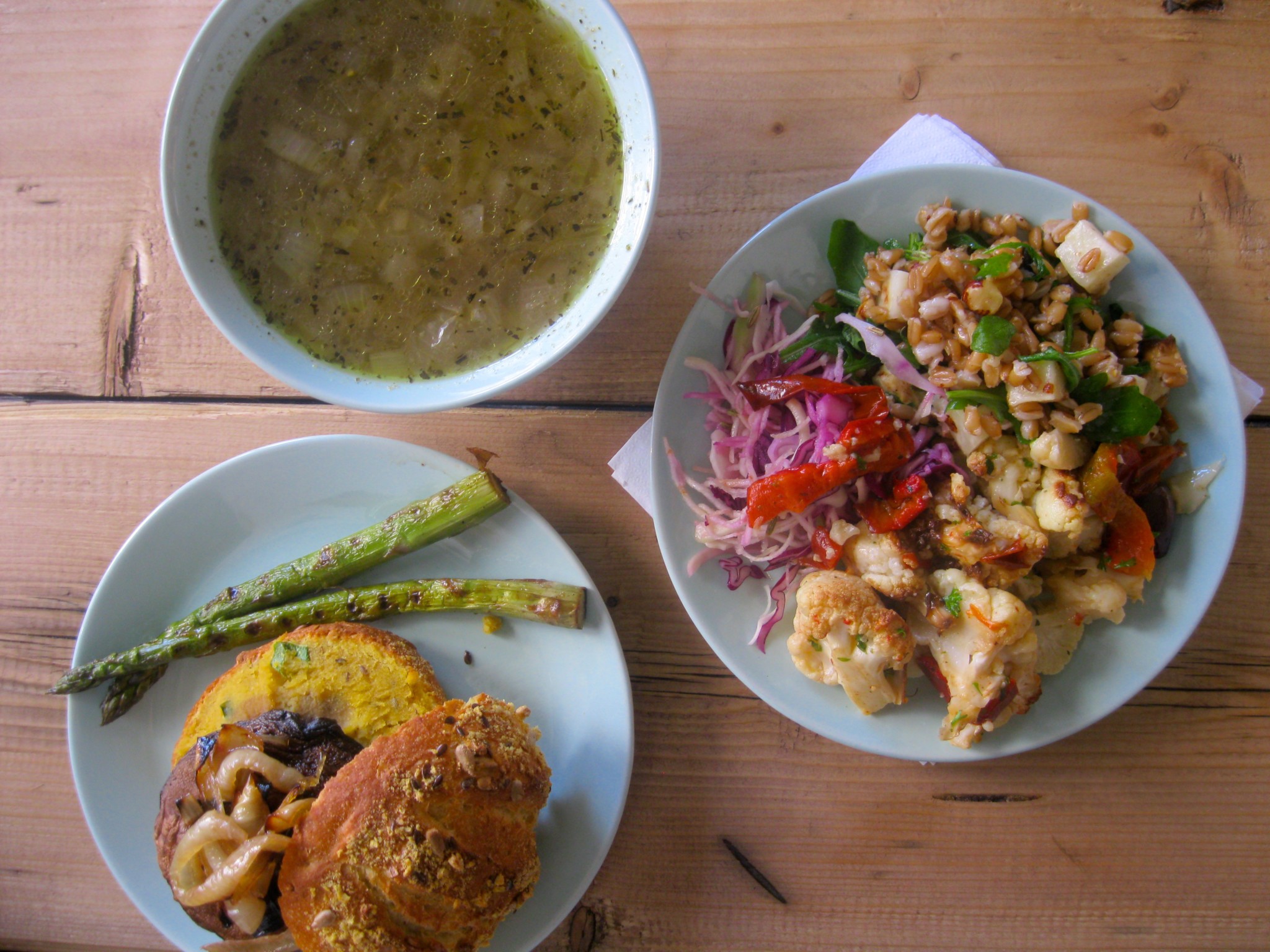 Zab and I are always on the hunt for the best vegan eats wherever we are. While housesitting in Delft, we had the chance to try out a few options in town and in the nearby government capital, The Hague.

Since I only review places that we actually visited and ate at ourselves, and since we were not able to organise enough visits as I would like for a fully comprehensive guide, this post is just a few of the highlights.

Though quite a small town (with a population of just under 100,000), Delft is beautiful historical town as well as a thriving university town with a young and creative vibe. Compared to other similar sized or even larger Dutch towns we visited during our month there, Delft seems to have a stronger presence of small, independent businesses and has shopping streets that are less monopolised by the same ubiquitous chain stores. And this is definitely the case for places to eat, with two establishments that cater very well for vegans.

Two other places we would have liked to try that we didn’t have the chance to were Natuurlijk Nuul and Woboldo.

This family run eatery offers breakfast, lunch, high tea, afternoon snacks and as well as evening meals. Food is a fusion of western and Pakistani influences. We had a taste of the high tea, which consisted of a variety of sweet and savoury snacks. Mulligatawny served with poppadoms and chutneys, quinoa, nut and dried fruit salad and banana bread with jam. Service was friendly and helpful, and the portions were large enough that this could have sufficed for lunch. The interior mixes the original features of the building with modern furnishings, but remains cosy. However, the main seating area doesn’t get much natural light. This vegetarian eatery offers self service cold lunch items paid for by weight as well as soup by the bowl. About 80% of the food is vegan, and though not labelled as such, the staff are happy to point it out. They usually also have one vegan cake, but unfortunately at the time of our visit it wasn’t ready! Take away is available. Note that they only accept payment by card and do not accept cash.

As the government capital of the Netherlands, you would expect The Hague to have plenty of vegan options, and indeed it does. With half a million inhabitants and a lot of international influence, it’s certainly a city where you can find all kinds of food. We managed to visit three places there that are highly recommendable. Places we would have liked to try that we didn’t have the chance to include Veggies on Fire, De Zon and Hagedis.

This is less of a restaurant and more of a shop specialising in vegan and vegetarian (some products contain egg) meat alternatives, mostly made of soy, lupin, seitan or vegetable protein. As well as their refrigerated faux meats to buy, they also offer street-food style takeaway food, which is clearly marked as vegan. Portions are relatively small, but the quality is good and tasty and it’s one of the cheapest vegan eats we found in the Netherlands. Unfortunately, this is another place that only accepts payment by card.

Craving vegan fast food in the Hague? Head straight here. The interior is nothing special, but the range of food is good. You get a choice of white or wholegrain bread with the burgers and most of them burgers are vegan (they do offer cows milk cheese too). They have also recently started offering pizza with vegan cheese which is generous and very satisfying. Recommended Hotels in Delft and The Hague

There are many sites for apartment rentals in Delft and The Hague, with AirBnB probably being one of the most popular. Prices are generally comparable to budget hotels, especially if you’re willing to get a room in a shared apartment. Book AirBnB →