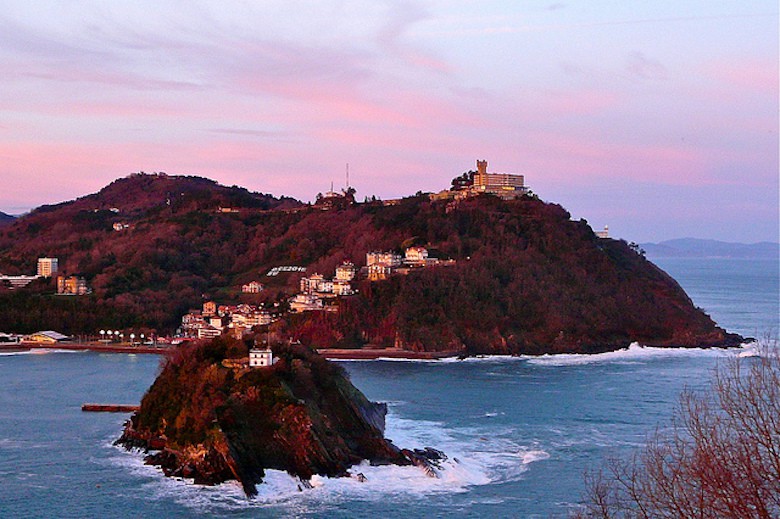 When you think of Spain, probably what first comes to mind is Madrid, Barcelona, its surrounding coastline and maybe some of the more famous sights in the south of the country such as Granada, Seville and of course the Costa del Sol. But few people consider cities like San Sebastian or Bilbao in northern Spain, which are worthwhile destinations.

With easy access to many ports, it’s a very convenient place to visit from the southern UK if you don’t want to fly: just take a boat with Brittany Ferries from Portsmouth to Bilbao. As well as offering beautiful scenery, fantastic history and fresh, clean sea air, the northern coast of Spain is a great place to eat!

San Sebastián, the capital of the Basque region, in particular has a reputation as a foodie destination in Spain. While of course it’s a great place to find fresh fish and other seafood, it also has a decent vegan and vegetarian scene with several restaurants to satisfy all your meat-free cravings. Here are a few of the best vegan, vegetarian and veg-friendly restaurants in San Sebastian worth checking out.

With great attention to detail, friendly staff and a fully vegan menu, this quiet, relaxed spot is a great option for trying out some animal-free creations made with entirely local and organic ingredients. The menu includes such diverse offerings as avocado cream soup, raw summer rolls and ‘beef’ wellington. The aubergine lasagne is particularly good and should satisfy even the most committed omnivore. Reservations are strongly recommended if you want to eat here in the evening.

This vegetarian restaurant with many vegan options serves mostly typical Basque pintxos (similar to tapas), but without meat. They occasionally have themed menus, such as a vegetarian sushi tasting menu, which are perfect for the indecisive eater! Additionally, there are various fusion dishes such as peanut noodles, carrot and courgette balls and grilled mushrooms. Another vegetarian option, this place labels all of their vegan dishes (and dishes with a vegan option) as such. Staff are friendly and attentive without being overbearing, and the menu consists of a nice range of imaginative and flavourful dishes such as coconut, aubergine and mint risotto, leek and mushroom quiche with celeriac puree and stirfried vegetables with tempeh. Don’t leave without trying the chocolate cake: it is to die for!

Though it serves meat, this cosy place also has several vegan burgers, a few noodle dishes and some other vegetable based dishes on its menu that are worth popping in for if you’re nearby. It’s a nice place to mix with locals as it’s not in such a touristy area of the city and offers a laid-back pub vibe that is hard to come by in Spain.

Focusing mainly on using fresh, tasty and organic ingredients, this vegetarian café and restaurant offers a nice range of salads, wraps, dips, smoothies and juices. Vegan options are not clearly marked, but just ask the friendly staff and they’ll happily help you out. The location right by the river and the occasional live music events on warm evenings make it a perfect place to sit out and watch the world go by after a day of sightseeing around the city. While San Sebastián is certainly no Barcelona in terms of its vegan offerings, it still holds it own and, for a relatively small city, does a good job of catering to vegan and vegetarian visitors. Just watch this space as veganism spreads more and more throughout Spain: maybe San Sebastián will soon be the next vegan capital of the Iberian peninsula!